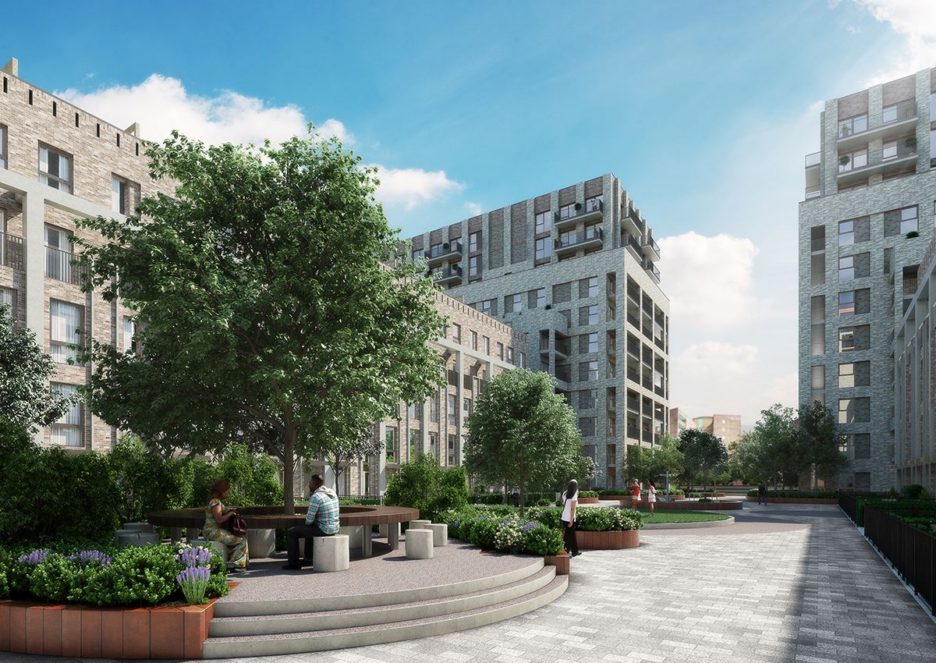 Located in a thriving area of the Borough of Newham, Upton Gardens will consist of 842 new properties, one, two, three and four-bedroom homes.

Newham was among one of the Boroughs which played host to the London 2012 Olympics, and as a result is currently benefitting from significant urban regeneration and infrastructure investment.

With West Ham United F.C now settled in their new home at Queen Elizabeth Olympic Park, Barratt London want to ensure the historic roots of Upton Park’s Boleyn Ground are not only retained, but also help to create a better place to live for existing and new residents.

The site was originally named after a house that stood next to the ground called Boleyn Castle – home to Anne Boleyn.

Cuttings are delighted to be working with Barratt London on this fantastic project.

« Twickenham Stadium East Stand
Back to News
The Dumont, SE1 »
Whether you have a project in mind or would like to find out more about our business for future projects, please get in touch.